From apple to La Chouette…

The story of La Chouette

« La Chouette » – which means “The Owl” in French – refers to the surprising bond between the night bird and French cider.
Traditionally, many farmers in the North-West of France made their own cider with apples from their orchards. In fact, cider was made in barns where owls could often be seen dwelling under the roof.
Thus « La Chouette » has always looked after French cider! 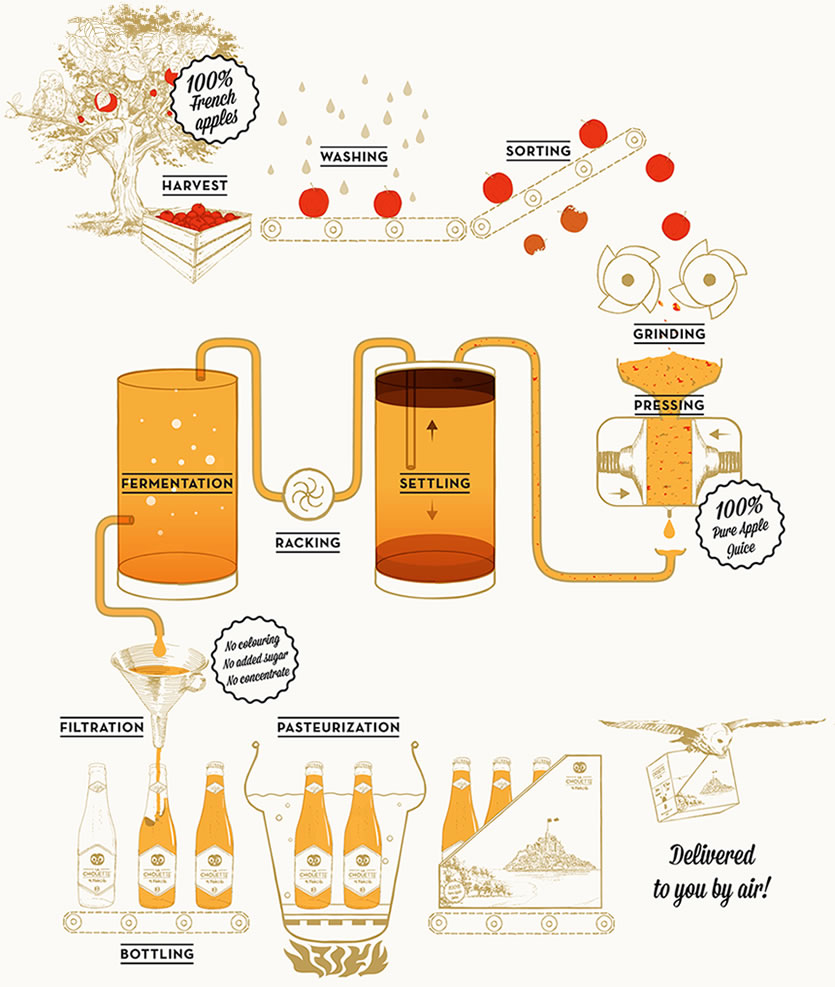 This illustration represents the making process of La Chouette cider in a simplified way.
La Chouette has no added colouring, no added sugar, and is not made from reconstituted apple juice (water + apple concentrate). La Chouette is carbonated when bottled.

La Chouette is a pure apple juice cider at 4.5% alc/vol, naturally gluten-free, slightly fizzy, made by blending various apple varieties, which can be sweet, bittersweet, sharp and bittersharp.This blend gives a complex and balanced aromatic profile: 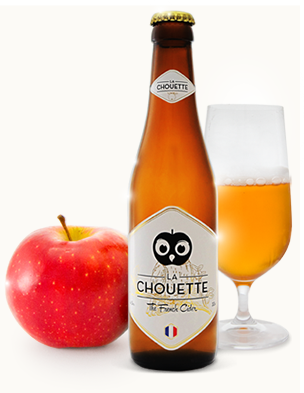 As a crisp and lively drink, La Chouette epitomizes the French tradition of cider making.